Auxano Law has concluded numerous cases through criminal and civil litigation in High Courts and the appellate courts as well as through ADR mechanisms; and has advised clients on several transactions. Some of our significant works are highlighted below:

In SUIT NO. FHC/L/CS/628/2016, we successfully represented a major client in a complex settlement involving three petroleum companies Stallionaire Nigeria Limited, Acorn Petroleum Plc and Bono Energy Limited where we got judgment in the sum of N744 Million.

In SUIT NO. FHC/IB/CS/333/2016, we successfully represented a major client in a dispute from a petrol station lease against Olona Petroleum Limited and Asset Oil and Gas Limited at the Federal High Court, Ibadan Division, decided by Ayo-Emmanuel J. on 22nd March 2016.

In FHC/L/CS/614/2016, we represented a musical record label, ERICMANY LIMITED in the quest to resolve a copyright dispute involving a popular artiste at the Federal High Court, Lagos per Anka J. The dispute was later amicably resolved through ADR.

In SUIT NO. LD/1411CMW/2015, we successfully represented the Nigeria and South-Africa based petroleum downstream giant, PETROCAM TRADING LIMITED in a N2.1 Billion subsidy dispute at the Lagos High Court involving OBAT PETROLEUM LIMITED. The dispute was eventually resolved through ADR.

In SUIT NO. FCT/HC/CV/543/2014, INEH-MIC AUTOMOBILE COMPANY LIMITED V NUJUUM VENTURES LIMITED & ORS. we successfully prosecuted a claim for credit sales in the High Court of the FCT.

In SUIT NO. FCT/HC/CV/2290/2014, DILLY MOTORS LIMITED V NUJUUM VENTURES LIMITED & ORS. we successfully prosecuted a claim for the recovery of the sum of N107.5 Million in credit sales for a client the High Court of the FCT. 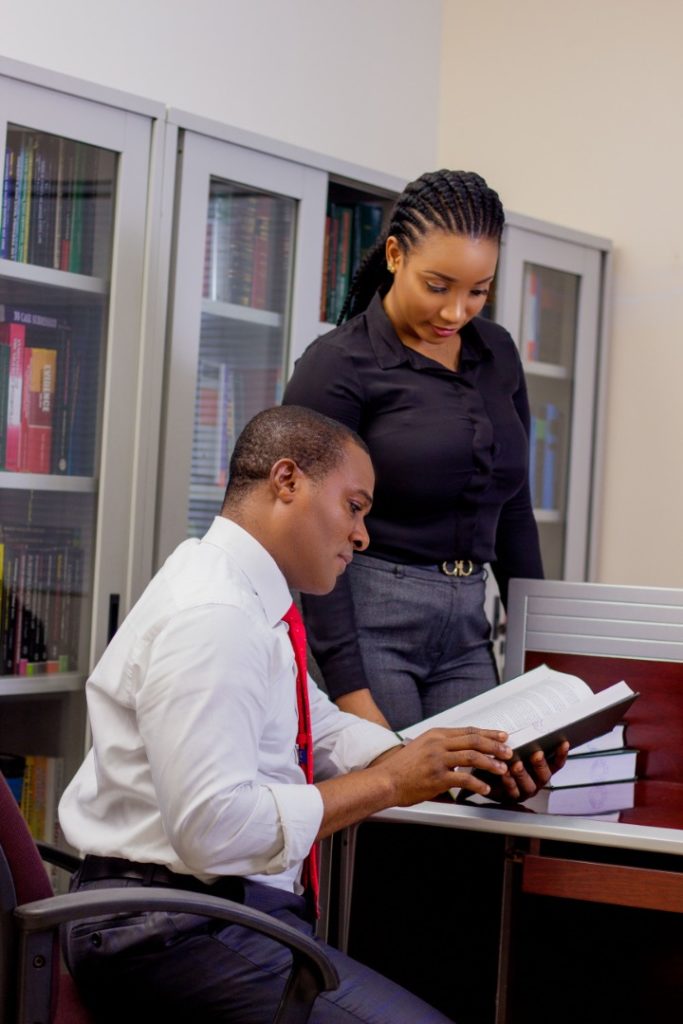 In SUIT NO. FHC/L/CS/660/2016, we represented CHYZOB OIL AND GAS LIMITED in the Federal High Court, Lagos Division in a Charter dispute involving the tanker, MT IHEM. It was eventually resolved through ADR.

In SUIT NO. PH/1920/2016, DIGITEK ENGINEERING CO. LTD V SHORELINK OIL & GAS LTD, we successfully represented a client in a claim of over N1 Billion in the Rivers State High Court, Port Harcourt Division, arising from a commercial dispute, per Green J.

In SUIT NO. LD/2771CMW/2017, we successfully represented Nigeria’s downstream leader, PETROCAM TRADING NIGERIA LIMITED in an AGO import dispute involving about N1Billion by Pinnacle Oil & Gas Limited. The suit was eventually resolved in favour our client through ADR.

In SUIT NO. FHC/L/CS/1593/2014, we are representing two blue-chip companies in a group in a receivership action by Ecobank in the Federal High Court Lagos Division involving the PPPRA, DMO and the CBN, with a nucleus interest in the sum of N1.02Billion. The case was resolved through ADR

In LD/506/2013 we successfully represented a former Deputy Governor of Imo State in a libel suit in the Lagos State High Court, before Hon. Justice Harrison. N5,000,000 was awarded to our client in damages.

In SUIT NO. ID/1242/2012, we are prosecuting a claim against Arik Air Limited where we seek N250 Million as damages for negligent misstatements as to flight times made by Arik Air in respect of e-ticketing which our client acted upon to his financial losses.

In SUIT NO. FCT/HC/CV/2668/2016, we are representing a major client in a legal dispute with a frontline bank over a loan of over N8 Billion at the High Court of the Federal Capital Territory, Bwari Division. 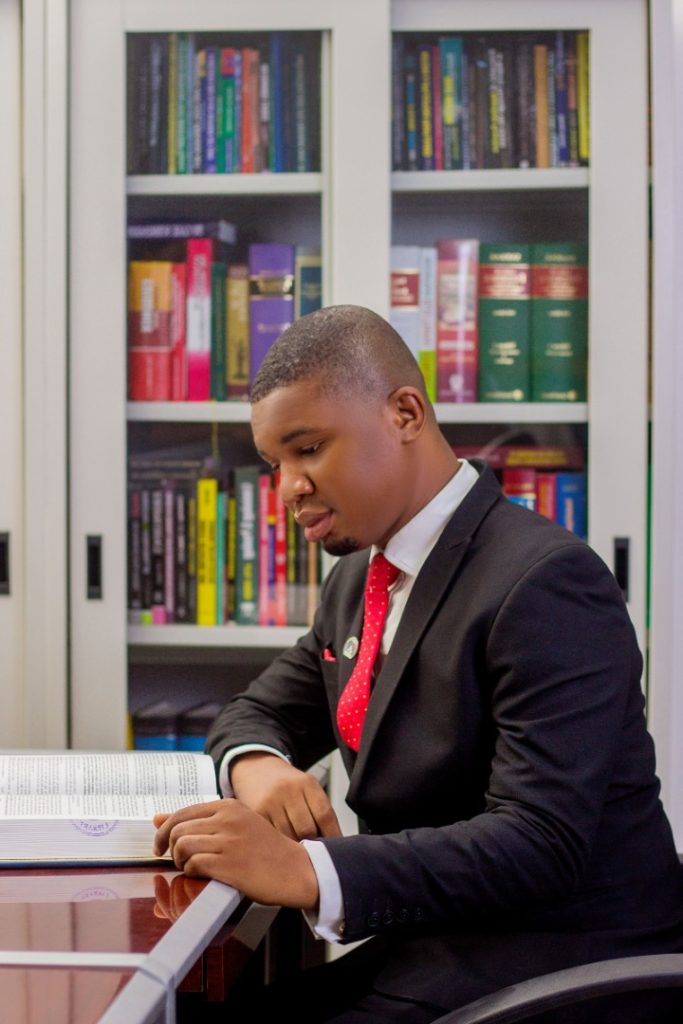 In SUIT NO: FCT/HC/CV/21/2018 we are currently representing a major client in a legal dispute with another bank over a loan of over N5 Billion at the High Court of the Federal Capital Territory, Bwari Division.

In SUIT NO: FHC/L/CS/1465/2011, we are currently representing SETANA ENERGY LIMITED in an admiralty claim involving loss of liquid bulk valued at over N100 Million against a vessel owner, in the Federal High Court.

Our pro bono advocacy resulted in the often-cited decision of the Court of Appeal, JOSEPH ZHIYA V STATE (2016) LPELR-40562 (CA) on the legal effect of a confessional statement obtained without video recording or in the absence of a Legal Practitioner, pursuant to Section 9(3) of the Administration of Criminal Justice Law 2011.

In CA/OW/191/2014, MR. GAUL IHENACHO & 4 ORS V NPF & 2 ORS, the Court of Appeal, Owerri Division agreed with our position and clarified the often misrepresented Supreme Court’s decision in TUKUR V GOVERNMENT OF GONGOLA STATE on the ambit of the jurisdiction of the Federal High Court in fundamental rights case. This is now reported in (2017) 12 NWLR (PART 1580) 424

In CA/L/1246/2016, MRS. COMFORT KOLO V NPF & 3 ORS. we successfully invited a Full Court of the Court of Appeal sitting in Lagos empaneled by the President of the Court of Appeal to clarify decisions misinterpreting the decision of the Supreme Court in the TUKUR CASE on the scope of the jurisdiction of the Federal High Court in fundamental rights applications. The Five Justices unanimously upheld our position and clarified the law. This has remained the law on the issue and reported in (2018) LPELR-43635 (CA)

In CA/L/1362/2017, ANCHOR OCEAN LTD V BONO ENERGY LTD & 2 ORS., we successfully represented Bono Energy Limited in the Court of Appeal against an appeal by directors of an oil marketing and shipping company for contempt of Court cited by the Federal High Court over our attempt to execute a judgment. It is now reported in (2018) LPELR-45530(CA).

We are currently advising the Official Receiver in a multibillion Naira winding up and liquidation in respect of Afren Resources Limited (In Liquidation).